After the success of the HuniePop puzzle game, they are back with the sequel! HuniePop 2 Double Date. The fan’s anticipation is higher than any mountains right now; the game developers have made us wait a pretty long time now. Finally, there is news about the release date.

Why is it Delayed ?

The first version of the game was released in early 2015 and received positive reviews from all the critics who enjoyed puzzle-solving games, Despite the major focus on the sexual content. A trailer was released for a double date on Jan 14, 2020, but the developers Huniepot refused to launch the game in the meantime. As the day progressed, the game developer was perfectly fine and he then annonced about the completion of the game and soon it will be laucnhed on steam. So, be ready for the steamy game which is going to be released on steam!

Here’s a hot new BONUS outfit for whoever this chick is! As you can see, cashing in these codes from the title screen is easy sleazy! pic.twitter.com/HgN7I7QF9Z

The game is almost here nad i can see a lot of guys going out for it alread! With the sneak peek from the game, the lovely developer also added a surprise for it’s users. A BONUS costume of the character, you can unlock the character Ashley by adding the bonus code (check out the tweet for the Bonus code). 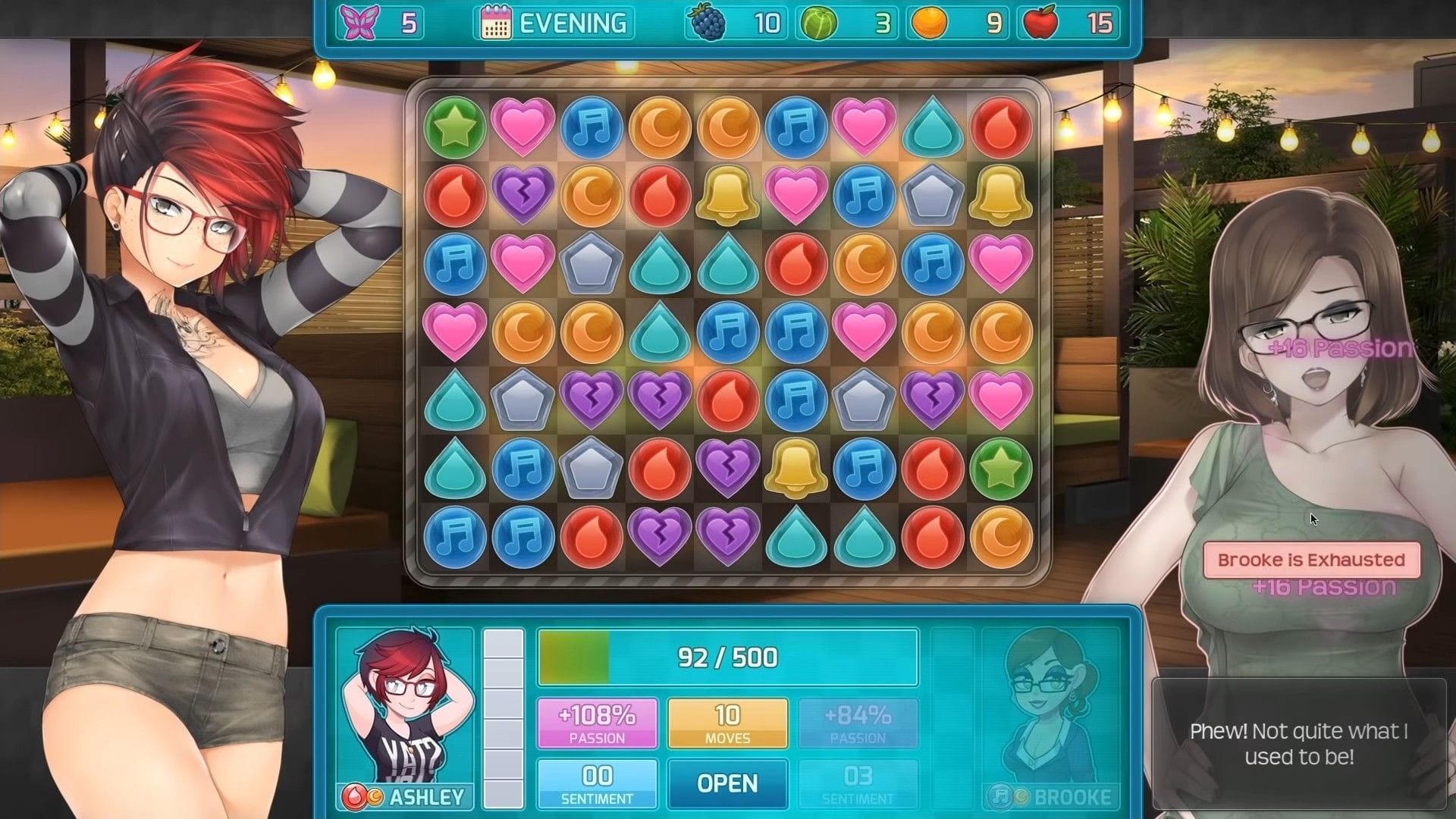 The game will feature the players to date two beautiful and hot girls at the same time! Isn’t it just like a dream come true? Players can switch between the two women and take them to date by filling their affection meters by completing the puzzles.
There will be a new stamina meter now, if you know what I mean; this will indicate when to switch over to the other women. each move will fill in your affection meter and replenish the stamina meter, so it will be a challenge for young guys like you to switch over to the other date accordingly.

So, far there have been 13 women characters confirmed by the developer, and some of them are needed to be unlocked by meeting a specific requirement. The developer, Huniepot, will provide the actual release date when the game is finally ready to launch. Till then, buckle up for some exciting things which are coming towards you!